Throughout the fall semester, SGA was required to meet with Eric Garland, the new SGA advisor, for 30 minutes on a weekly basis. In doing so, Eric and I “hit it off.” He would often tell me, platonically of course, that he loved me, was excited that we were becoming close friends, and often missed me when we were apart. I thought it was important to tell him about my sexuality. Being the standing Campus Community Director, promoting unity and inclusion on campus, I thought he should know that being gay fueled so many of my initiatives. Just before Thanksgiving break I told him. He was shocked. Our meetings became his attempt at expressing his concern for me. Jon Wood, the standing Vice President of Christian Ministries and Student Life, became involved when Eric, feeling unable to adequately mentor me through this issue, sought Jon’s advice in dealing with me.

Jon called me into his office. Once there, I explained my entire story to him: I’m gay; I’m single; I’m not sure if it’s wrong to be gay; but don’t worry, I’m single. He labeled it “spiritual instability.” He was fearful that my spiritual influence was too great and too public on campus. With this ponderous issue in my life, I had too many people interested in my opinions, initiatives, and guidance. He gave me a stack of Distorted Sexuality notes from a class he taught in the South and told me that he would be in contact regarding his final decision. The next morning, as students were dismissed from SGA chapel, Jon Wood told the president and vice president of SGA that I had resigned from my SGA position. I was unaware of my fate at that moment. Later that afternoon, Jon called me into his office to break the news. I was removed from SGA, my new OneVoice Gospel Choir core leadership position, and the Tour Guide admissions team.

Jon told me that he didn’t want me to be a face for the University, as he explained his incentive for removing me from the Tour Guide position. Had I been in less public positions, I would have retained my employment. In that final meeting, in my hand was the SGA Constitution. I read him the stipulations for standing SGA members; I told him that I broke none of the rules. He agreed. He explained to me some of the bylaws in the Community Covenant regarding sexuality; he made sure to mention that I broke no rules in the eyes of the university. “Do not see this as a punishment,” he reaffirmed, “see this as an opportunity to clear your schedule to gain clarity on this serious issue.” According to Jon, it was a “profound issue of the soul” that resulted from both not actively working against my sexual orientation and not firmly condemning homosexuality. I told him I was looking deep into Scripture, commentaries, and analytical materials to find sure answers. I told him it was important to me to find answers. Amid this journey, I was apparently too comfortable saying “I am gay.” Being that Adam and Eve were complimentary and together mirrored the image of God, my sexual orientation and apathy in moving away from it presented weighty issues in my relationship with God. Jon offered a hypothetical situation to drive home the merit in his decision: “Say a freshman male confided in you and admitted to experiencing homosexual attraction. You gave him your perspective and let him astray. The Holy Spirit may work on you in the future, but the damage is done for that student.”

His decision came on the last official class day before finals week. I spent the next 7 days explaining my situation to team members, administrators, faculty, and staff before everyone left for vacation. Everyone was enraged. Jon Wood, to prove that I was not being punished, offered to pay me a stipend of what I would have been earning had I not been removed from SGA and OneVoice.

I hate these questions. Beyond this, I was pretty numb to the changes until Christmas break. While at school, I was still preparing things for my SGA committee. Amid my removal, we were planning an SGA event to launch on January 20th. I had to find ways to plan the event and schedule it to be hosted without a defined leader. I also decided to withdraw from Cedarville over break. The publicity made it unrealistic for me to return in the spring and focus on academics. I was still so connected to Cedarville; it didn’t feel real. Three weekends prior to Jon’s decision I successfully launched and hosted Cedarville’s largest, campus-wide diversity event this academic year. The day before his decision, I officially signed-on to an officer position in the OneVoice Gospel Choir—a student leadership system set in place just after Justin Spann resigned from Cedarville. I felt like I let Michael Dorsey down—the founder of the OneVoice Gospel Choir who whispered to me just after Justin Spann’s farewell concert, “This is yours now; this is your moment. Let me know if you need anything.”

I facilitated an SGA committee that caught wind of my situation during finals week. Since then and to this day, they are without defined leadership and are struggling to find their place in SGA without Briana DuPree and myself as advocates. I had been involved in leadership, and ironically still am, at Cedarville since freshman year—5 semesters or 2.5 years. Jon Wood and Eric Garland have been Cedarville personnel for one semester. They failed to realize that my leadership transcended appointed titles. Jon Wood did what he could to render me less popular to hopefully keep my come-to-Jesus journey under wraps. Fortunately for me, he suggested I apply for leadership again in the fall because he felt I was a “vital asset to student leadership at Cedarville.”

Since withdrawing from Cedarville, Avery has enrolled in classes at Wright State and plans to finish his psychology degree there. Cedarville students who are questioning their sexuality can find support in numerous places. One such place is Cedarville Out, online at www.cedarvilleout.org. Cedarville students who need a listening ear are also encouraged to email Avery at redic.3@wright.edu. You should not use your Cedarville email account, as the administration has the capability to monitor the contents of student emails and has done so in the past. 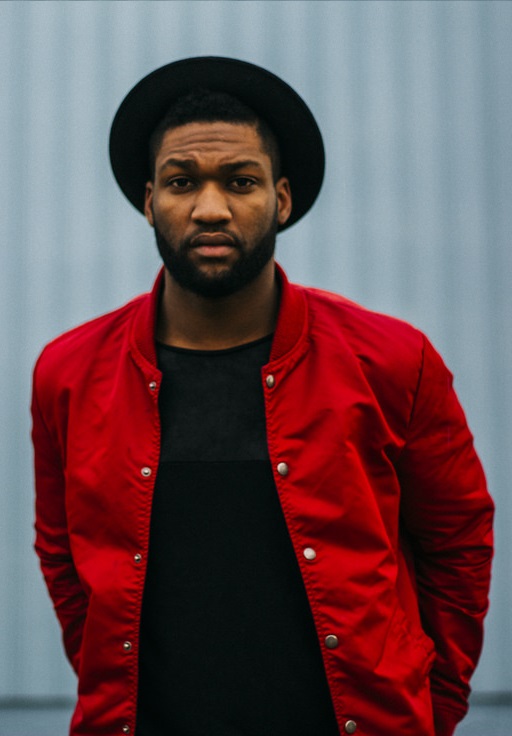 I'm a Black, LGBTQ Christian male searching for common ground among my many intersections. In my free time I enjoy singing, studio art, eating, and planning to exercise, usually to no avail.